Telltale is a writing and exhibition project centred on a narrative conceived by ten artists, written by Justin Hinder and explored over a series of collaborative workshops and studio sessions. In pairs, they have created a suite of works including paintings, ceramics, video and drawing, that interpret and respond to the stories built up around the mythical hotel Telltale Grande, where some guests are destined to stay forever.

Telltale explores the dusty corridors of a once majestic hotel, steeped in the echoes of a mysterious past: a place where lovelorn ghosts float through tumbling children, a place where laughter, tears, breakfast and booze blend a heady cocktail of comic tragedy.

Anna Louise Richardson is a Western Australian artist and curator whose practice focuses on issues of regional identity, inter-generational communication and the intersection of art, artefact and material culture. Curatorial projects include We’re not dead yet, Moores Building Contemporary Art Gallery (WA), I Am, You Are, We Are, Chapter House Lane (VIC), and Plastic, Galerie pompom (NSW). Richardson recently undertook an internship for the 2016 Adelaide Biennial of Australian Art (SA) and is represented by MARS Gallery (VIC).​
​
​KATE KNIGHT & KATE JUST
Kate Knight (born 1974) is an emerging artist and has worked at Arts Project Australia since 2008. She has been involved in numerous group exhibitions including Melbourne Art Fair (2012-2014), Royal Exhibition Building, Melbourne; Turning the Page, Gallery 101, Ontario, Canada; and World In My Eyes, C3 Gallery, Abbotsford. Knight is represented by Arts Project Australia.

Kate Just is a Melbourne based artist based primarily known for her knitted sculptural works and socially engaged, public feminist art works. Just has exhibited extensively across Australia in solo and group exhibitions. She won the Wangaratta Contemporary Textile Prize in 2015, the Rupert Bunny Visual Art Fellowship in 2014 and the British Council Realise Your Dream Award in 2013. Just has held residencies at KREMS (AIR) in Austria, the Australia Council Studio in Barcelona, Youkobo Art Space and will undertaken an Asialink residency in New Delhi in 2015. Just has work in public and private collections including the National Gallery of Australia and has been a lecturer at the Victorian College of the Arts since 2005. 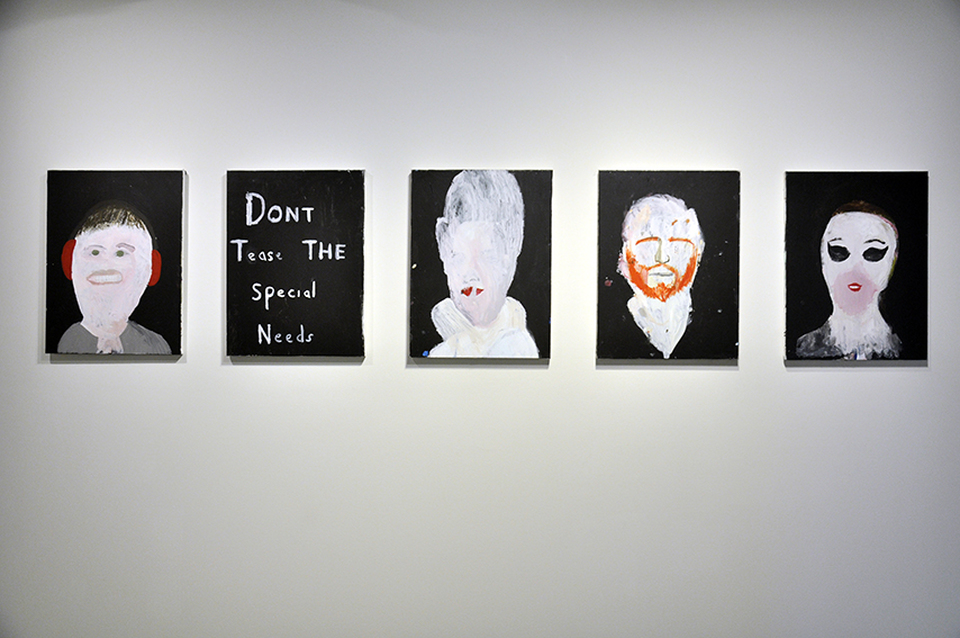 Georgina Cue was the recipient of an Australia New Work Grant - Early Career, 2014 and JUMP Mentor program, 2013 to work with Damiano Bertoli. Cue has work in public collections including the National Gallery of Victoria. 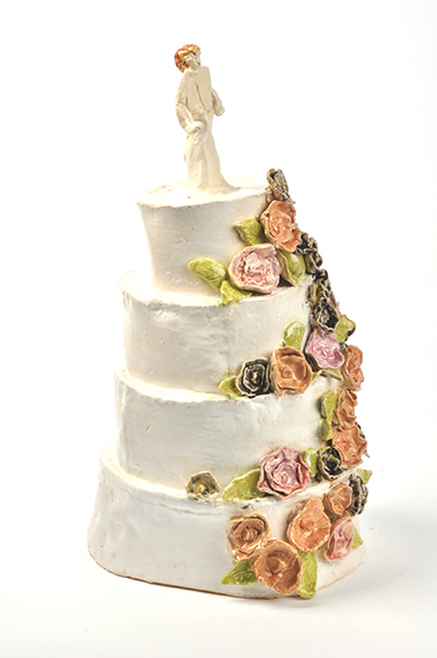 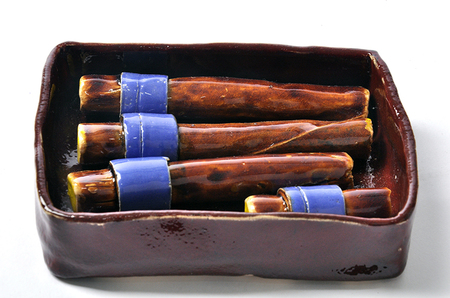 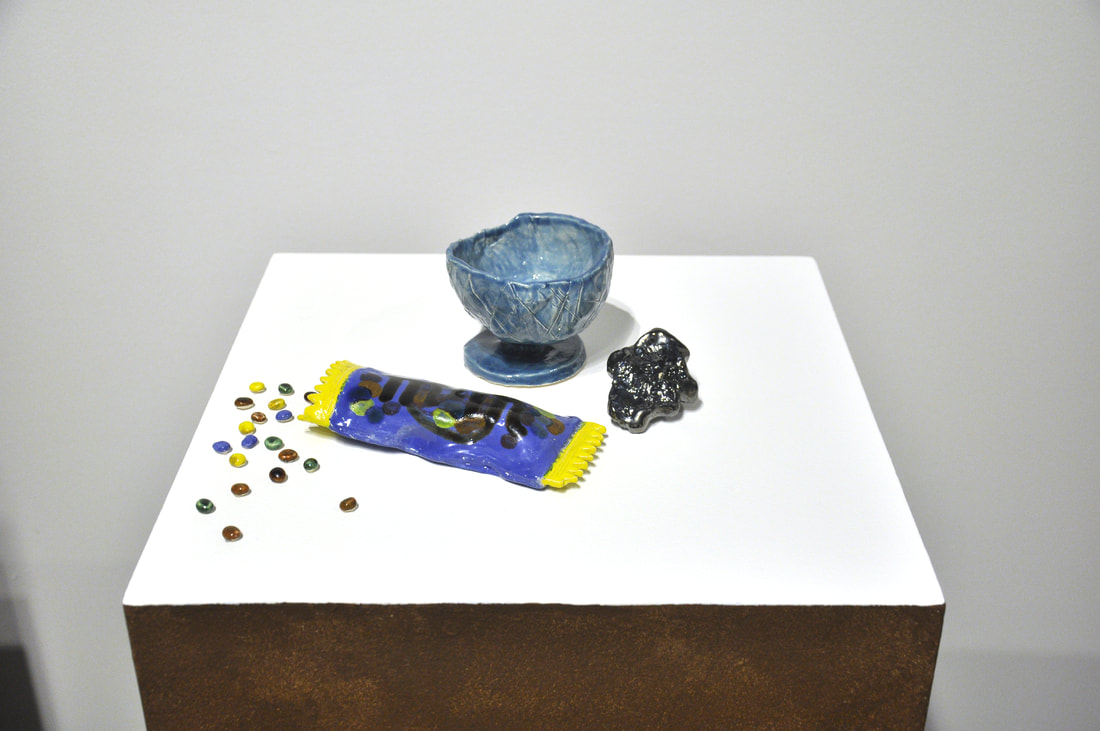 (clockwise from back)
Paul Hodges & Georgina Cue, Whisky Glass, 2016, glazed ceramic, 8 x 11 x 10cm.
Paul Hodges & Georgina Cue, Rolex, 2016, glazed ceramic, 7 x 6 x 4cm.
Paul Hodges & Georgina Cue, Sweet Treat, 2016, glazed ceramic, 17 x 7 x 3cm.
​
​MARK SMITH & CHILI PHILLY
Mark Smith (born 1976) is an emerging artist that works across a range of mediums. He has worked at Arts Project Australia since 2007 and had his first solo exhibition Words Are… at Jarmbi Gallery Upstairs in Upwey, Victoria. He has exhibited in multiple group exhibitions including Small Universe at No Vacancy Gallery, Melbourne, and My Puppet, My Secret Self at The Substation, Newport. In 2014 he self-published Alive, an auto-biographical reflection of his life. Smith is represented by Arts Project Australia.

Chili Philly is an artist based in Melbourne. Chili Philly has 128K+ instagram followers for his images of knitted novelty hats, generally of food and has been featured in editorial including Frankie Magazine, BuzzFeed, Huffington Post, Daily Mail, SBS Food, BBC, i-D and Seven News.
​ 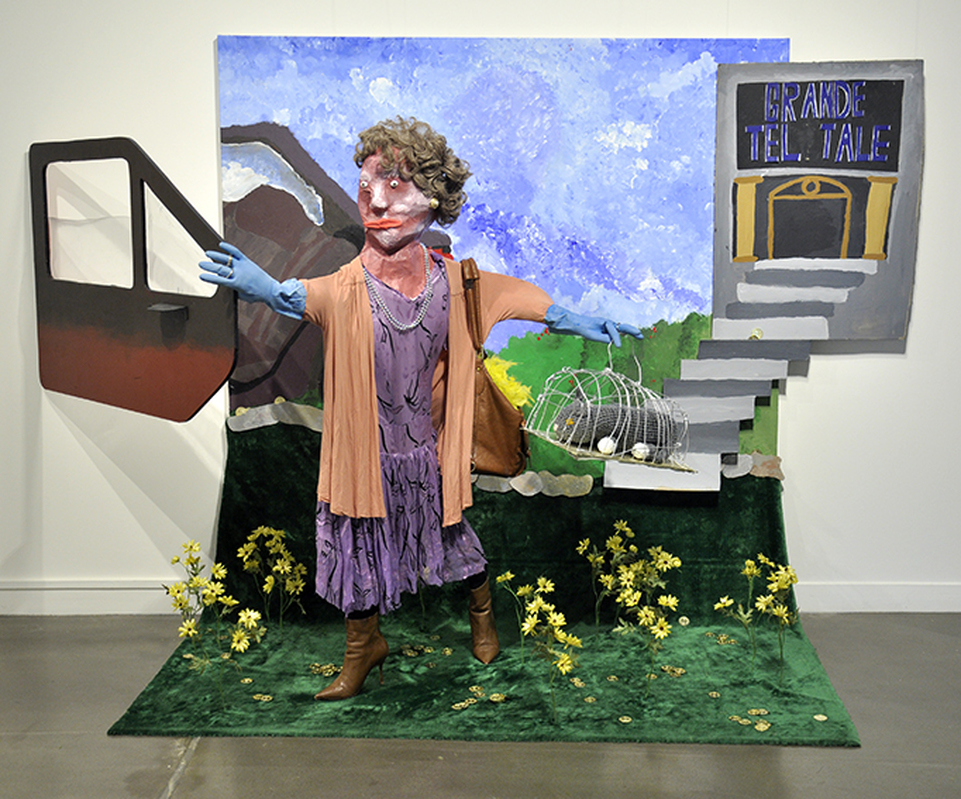 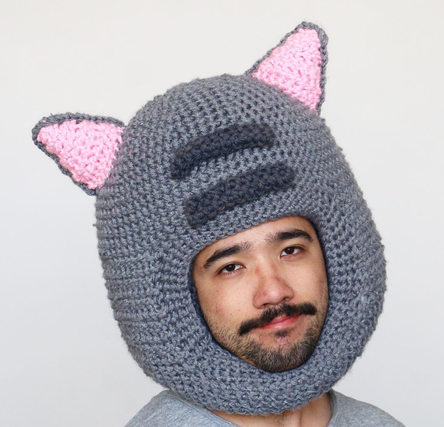 MEGAN SLOAN & KATHERINE HATTAM
Megan Sloan (born 1993) is an emerging artist and has worked in the Arts Project Australia studio since 2013. Working in a variety of mediums, she has a distinctive sense of composition and line. Sloan’s work often depicts the world of fantasy and features subjects from ancient mythology such as goddesses, heroines, kings and queens. She has been featured in several group exhibitions at Arts Project Australia. Sloan is represented by Arts Project Australia. 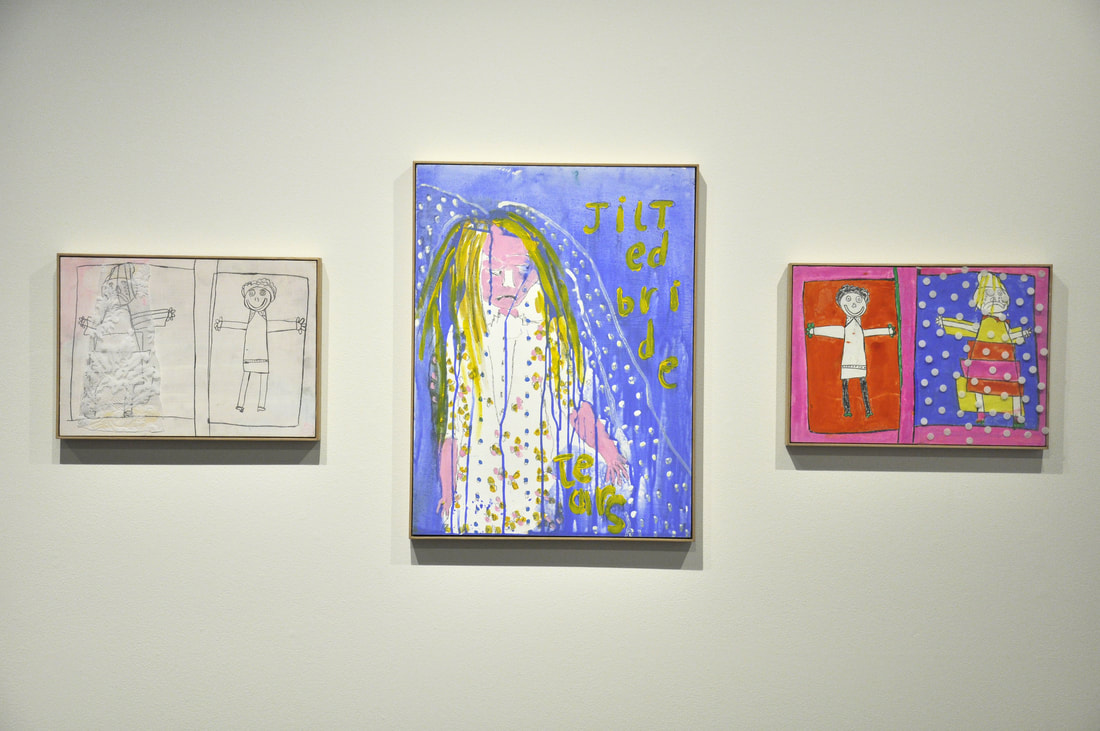 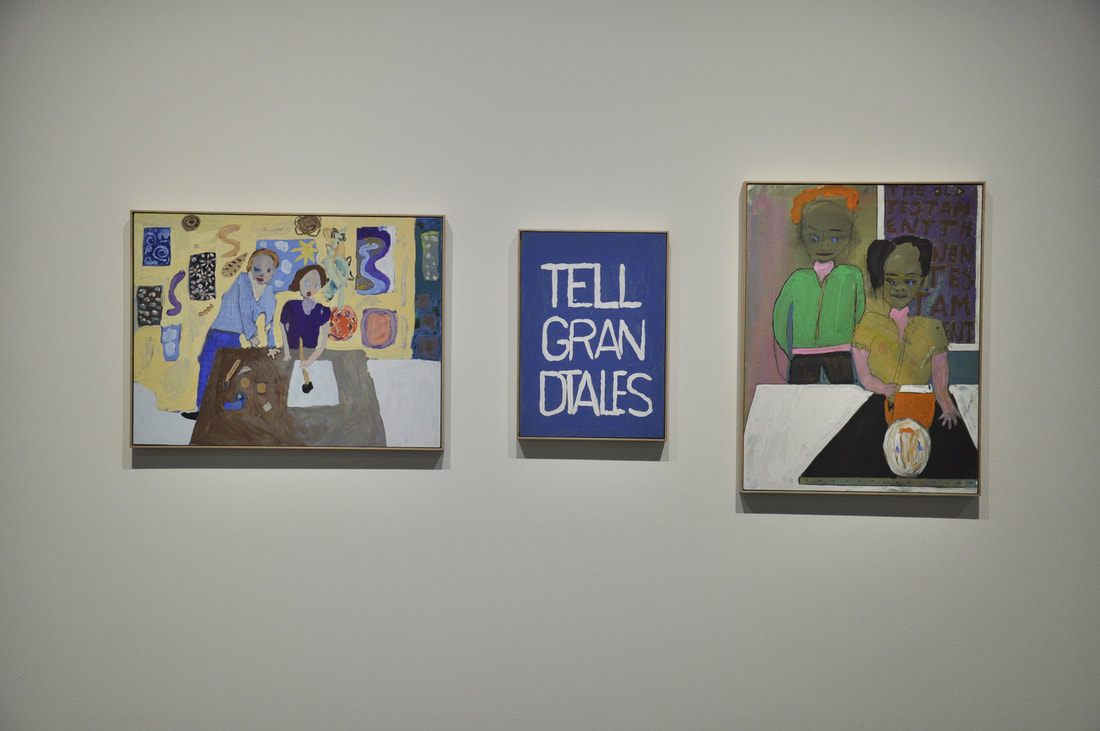 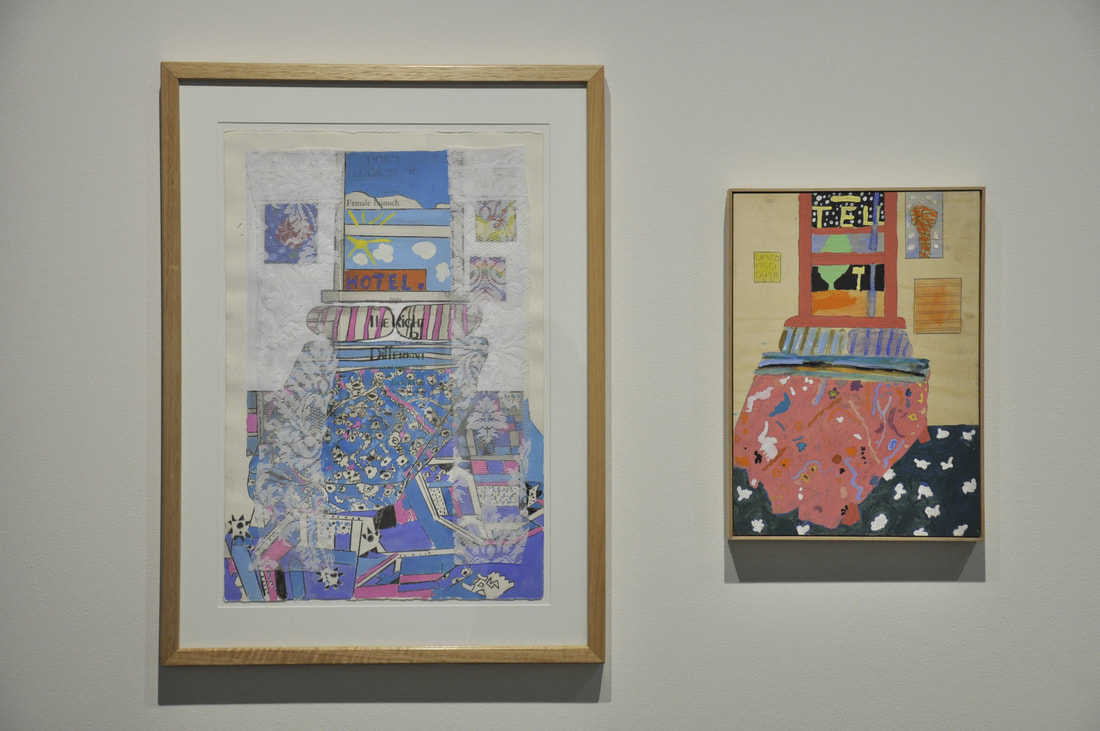 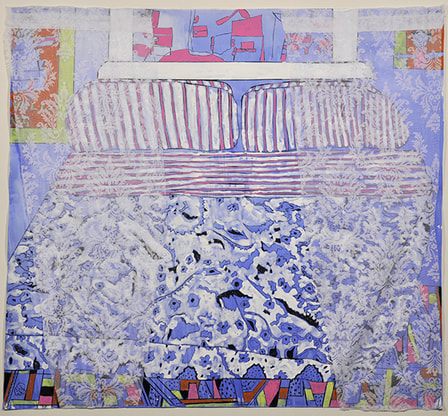 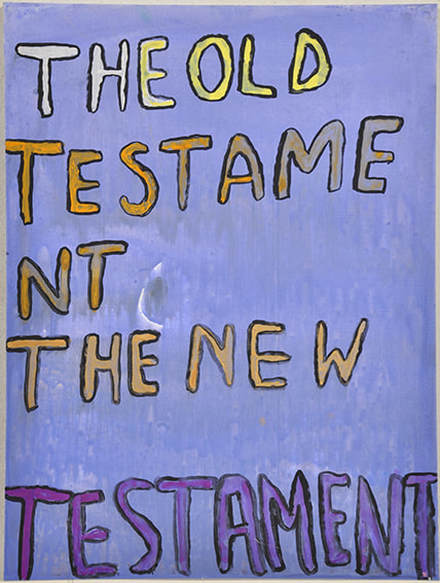 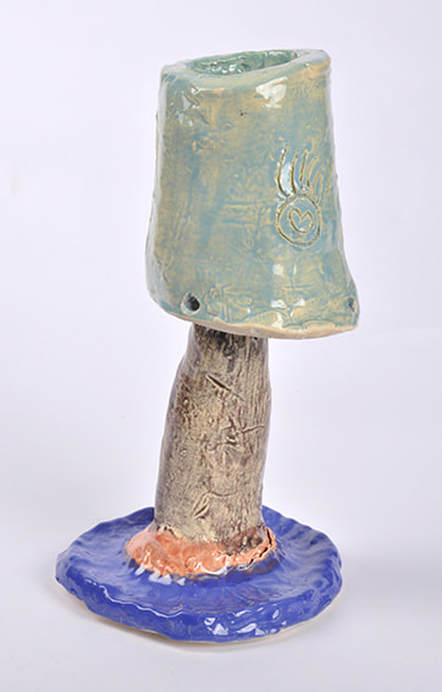 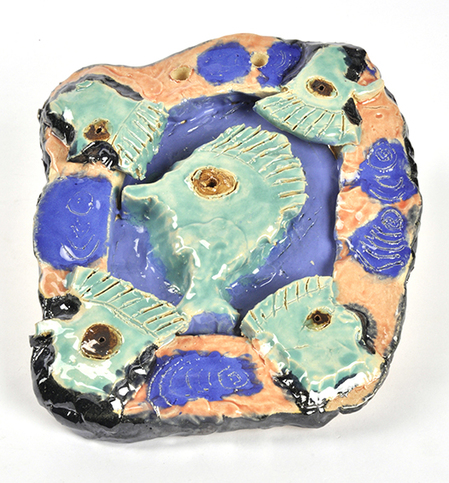 Megan Sloan, Not titled, 2016, glazed ceramic, 20 x 18 x 3cm.
​
Photography: Penelope Hunt. Courtesy of the artists.
This project has been assisted by the Australian Government through the Australia Council, its arts funding and advisory body.