In 2016 I was awarded the Young People and the Arts Fellowship from the Western Australian Department of Culture and the Arts to work on the project: On the hunt for the South West Panther.

This project explores rural Australian mythology through active, community based research into the existence of the feline cryptid in regional Western Australia. The project is aimed at articulating archival material, documentary evidence and witness interviews relating to the cryptozoological phenomenon through the development of drawing and installation outcomes throughout 2017. 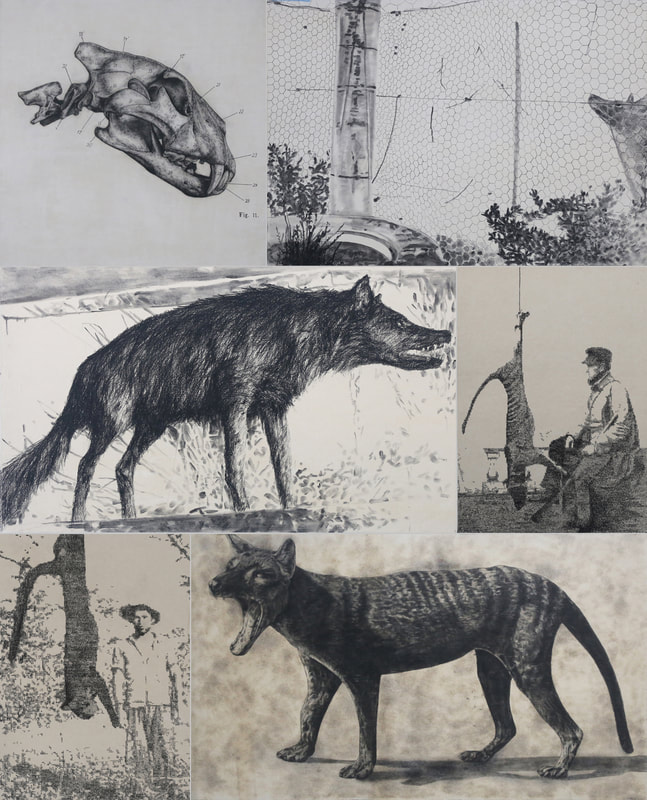 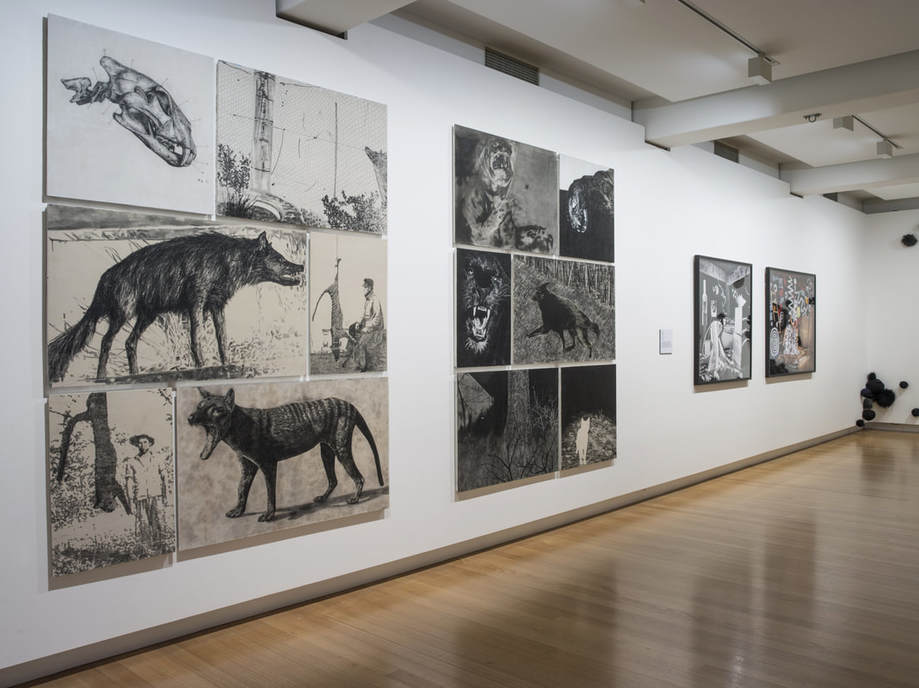 In August 2017 I spent 3.5 weeks in Connecticut USA on residency at I-Park Foundation Inc. Set on a lush forested block with individual studios and on site accommodation it was a much needed break and complete change of environment for me. The landscape is completely different. The animals are different, and pretty scary for me; they have black bears, bob cats and fisher cats in the area.

My focus for the residency was to explore sightings of cougars and the myths that prevail about whether or not they have returned to Connecticut and the East Coast of USA after being driven out by human population growth. The debate over cougar sightings mirrors the discussions on panther sightings in Australia. I was really interested in how the stories might differ in a place where the large cats are native.
​
I saw some deer, a katydid, lots of birds, squirrels and an otter but no bears or cougars. Even so, the overwhelming experience for me was of feeling uneasy in the wilderness. Knowing what could be there but not seeing it is almost worse than the possibility of something scary that might be there but has never been proven.

I am also interested in researching mega fauna and recently extinct large predators. In the US the dire wolf and saber-toothed cat are of particular interest. The taxidermy and museological displays in America are phenomenal. I had the most amazing time at the Museum of Natural History in New York after the residency. 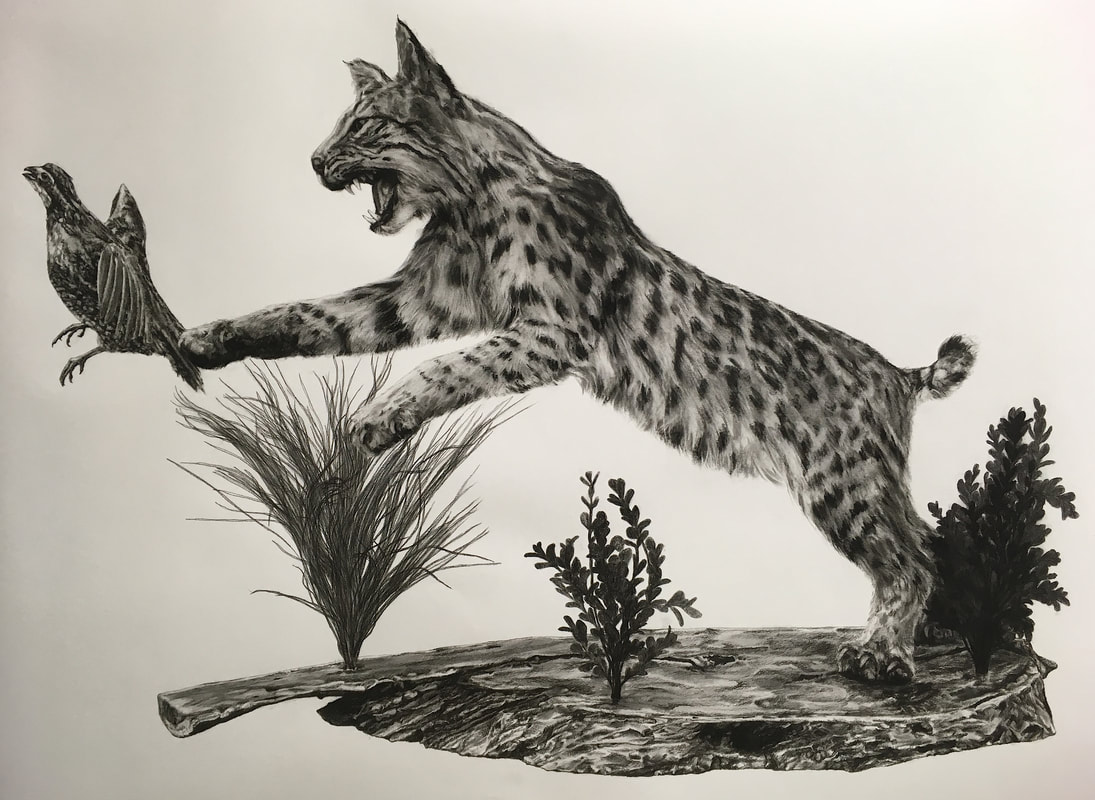 Anna Louise Richardson, ​Predator I, 2017, charcoal on paper, 70 x 100cm.
During the residency I spent my time walking everyday, eating lots (great food was amply provided for), researching, planning, napping and trying out a new technique: silverpoint.
​
A silverpoint drawing is made by marking a prepared surface with silver wire. The mark is permanent and very delicate. I love this technique, the colour and tone are so subtle. Working on a small scale is new for me, however it made sense for international travel. I would like to return to silver point in the future. It is very detailed and slow but I am determined to play with it further. 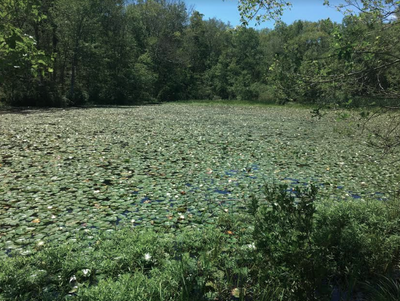 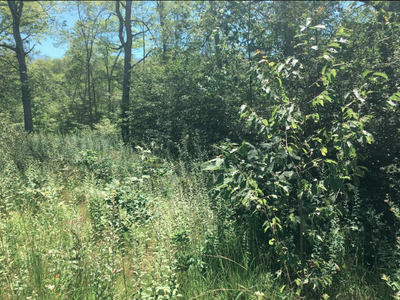 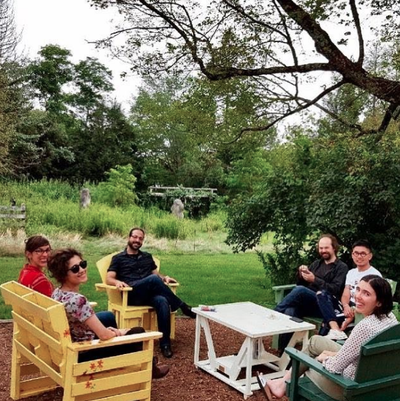 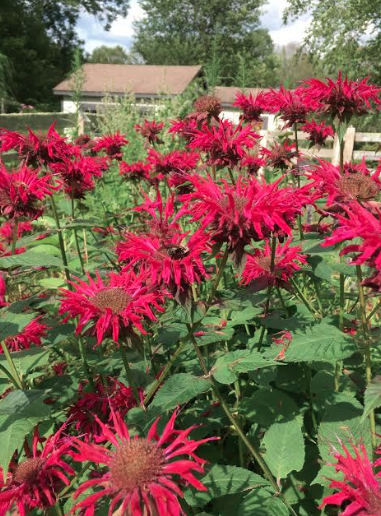 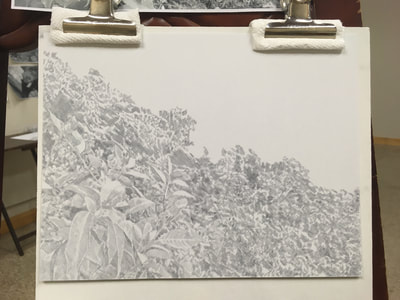 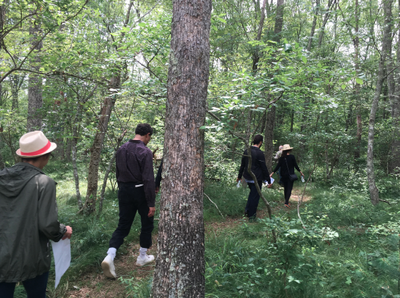 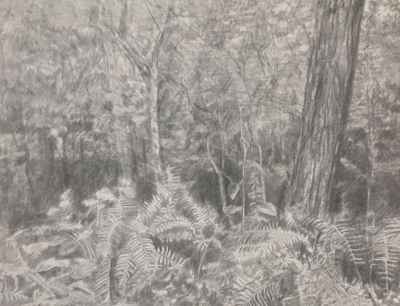 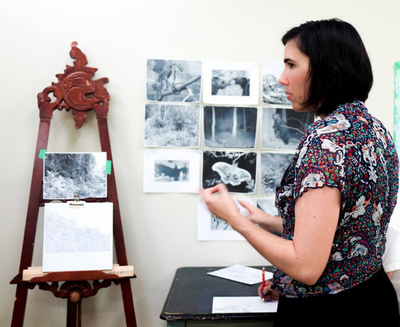 This was the first residency I have ever participated in. It was a head clearing break and an important chance to review my practice in a new environment. It seems like a cliche, but it was so valuable to travel 19,000km to be able to look at my work in a new way. After the residency I spent 3 days in New York, seeing as much art as possible before heading to New Zealand.

HAVE YOU SEEN THE PANTHER?

Have you got a story about the panther, cougar, big cat or tiger? Do you know someone who has seen it?
I would love to hear your thoughts. Do you think Phantom Cats exist? Do you have proof? I would love to hear from you, please send me your story, where you saw it and a description. Please feel free to share great references or leads. I promise to send you updates on the project and the artworks I create.
Residency @ I-Park Foundation Inc, East Haddam, Connecticut, USA.
26 July - 21 August 2017.

Exploring rural narratives of fear of the unknown and cautionary tales in the bush this residency will explore encounters with the rural landscape and the sense of anticipation and danger that comes with nightfall. I aim to examine the global myth of The Phantom Cat, a cryptozoological phenomenon of a large predatory feline living outside of its indigenous or known range, often terrorising local people, stock and wildlife. Responding to local history, conspiracy theories imposed on the natural environment and personal experience of being outdoors in an unfamiliar place, I will explore new modes of drawing and installation to capture the sense of mystery around the existence of The Phantom Cat in North East America.

Cougars are native to North America but have been absent from the East Coast, apart from an isolated Florida population since the the early 1900's. However, reports of sightings have contributed to a contemporary myth of a phantom cat prowling the forests around Connecticut. In 2011 a report emerged that a lone male cougar hit by a car in Connecticut had travelled all the way from South Dakota leaving a path tracked by trail cameras. Many believe that there is a healthy population of cougars in the North East, others believe they will never live there again.

Operating in the area between fiction and reality, the project will experiment with ideas of superstition, rationality and storytelling, striving to depict a phantom animal. Regardless of whether or not The Phantom Cat still exists in North Eastern America the project seeks to play with imagination and add to the cultural myth of ubitquitous The Phantom Cat.

Is The Phantom Cat that supposedly stalks the bushland of rural Western Australia also making appearances in Connecticut?

This residency has been supported by the Government of Western Australia through the Department of Culture and the Arts.

There is no animal in this country that does that type of thing. It was the size of a giant tiger. It was about a meter long and had black, silky fur.

The belief in the existence of elusive, strange, fabulous, and extraterrestrial animals is ubiquitous and timeless. Predatory giant turtles, oversized snakes, and fantastic hybrids are abundant in both Ancient Greek and Egyptian mythology. And even today, in our technologically advanced modern society, mystical animals continue to be part of our imaginary and folklore. Among such popular figures are phantom cats or Alien Big Cats: large predatory felines that, although not native to the United States, Europe, and the Antipodes, reportedly roam in the wilderness of these regions. Some witnesses believe that these elusive felines are ghosts or evil creatures.(1) Others suggest that they are escaped circus or zoo animals or exotic pets, or their descendants,(2) while most consider them regular dogs, cats, and foxes, transformed by overly active imaginations.(3) Books and articles are dedicated to the subject of these cats; amateur organizations have been founded to collect and catalogue evidence; and a pseudoscience, cryptozoology, studies their existence, as well as those of other fantastical entities, such as the chupacabra and the yeti.

Living on a farm in Western Australia, an area where phantom cats have been reported over several decades, artist Anna Louise Richardson has researched the narratives that surround them. “On the hunt,” her recent solo exhibition at Galerie Pompom, is a continuation of these studies. The 15 figurative drawings on view, all made with charcoal on cement fiberboard, use images sourced from books, newspapers, and online publications to provide clues about the mysteries of the phantom cat.

On the gallery’s central wall, a rectangular, 12-piece polyptych recalls a detective board with images referring to investigations. Standing out with its intense and silky dark color is the dramatic portrait of a fierce Black Panther (all works 2017). In Britain, people have witnessed giant black felines, perhaps related to ancestral stories about the Black Dog, a mythical creature that, as in Richardson’s drawing, roams moorland areas. For more than a century, people in Australia’s Western and Eastern states have also reported the sighting of big black felines, mostly in the wilderness of the Blue Mountains region. The Trespassers that enter in the night into farms are said to walk through any Fence, leaving only scraps of fur, paw prints, and livestock carcasses as traces. But photographic and video evidence analyzed by local zoologists and agriculture specialists concluded that the entities were large domestic felines. The same happened with Jaws, the carcass of a cat that washed up on a beach in Western Australia, considered a monster or an Alien Big Cat. Perhaps that is why, in Phantom Cat, Richardson depicts a white feline silhouette in a dark meadow, in which viewers can only project their own imagination. And it is this imaginative faculty that makes some phantom cat followers believe that the Thylacine, or Tasmanian tiger, is still out there, living and hunting in the fields. But the dog-looking carnivorous marsupial, like the phantom cats, was considered a threat to cattle, and farmers hunted it to extinction in the 1930s.
​
On an adjacent wall, a drawing with a herd of Foxes roaming in the night, and another of a cat carrying a Brushtail prey in its mouth, identifies these animals as the real culprits of phantom cats’ alleged attacks, many of which have been solved by genetic testing and comparisons of Paws. The drawings installed on this wall are meticulous and bold, like those in the polyptych, but their frames reduce the brightness and rough textures that make the pieces effective. Nevertheless, the medium of charcoal feels appropriate for these subjects because it is, just like the traces of a cat, a natural and erasable material, easy to reshape or manipulate.

“On the hunt” is a clever study exploring the imagery of contemporary mythologies in rural areas, and thus humans’ relationship with nature. Phantoms cats are an obsessive and persecutory form onto which people’s fears of the environment can be projected. These fears have proven to be as creative as they are destructive: they propel imaginative storytelling about these animals, and yet real species disappear as humans lay claim to the earth for their own exclusive use. Chasing the non-existent is an endless endeavor, a pool for imagination, and, as in cryptozoology, a rejection of modern science and control. But no matter how ludicrous phantom cats might be, in Richardson’s drawings, these magical animals and their stories keep their allure.

On the hunt continues my exploration into rural mythologies and narratives, specifically those that emerge from feeling vulnerable when alone in the bush. Derived from my research into the existence of the Phantom Cat, I will present a new series of drawings that delve into the global mystery of this cryptid and conspiracy theories imposed on the natural environment.

Operating in the area between fiction and reality On the hunt originates from my personal experience on the land as the sixth generation to live and work on a 3000 acre beef cattle farm in Western Australia. My work considers rural mythology, rendering animal archetypes as tropes of national and personal identity, revealing how our relation to place (and nature more broadly) is filtered and shaped through layers of history, storytelling and imagination. 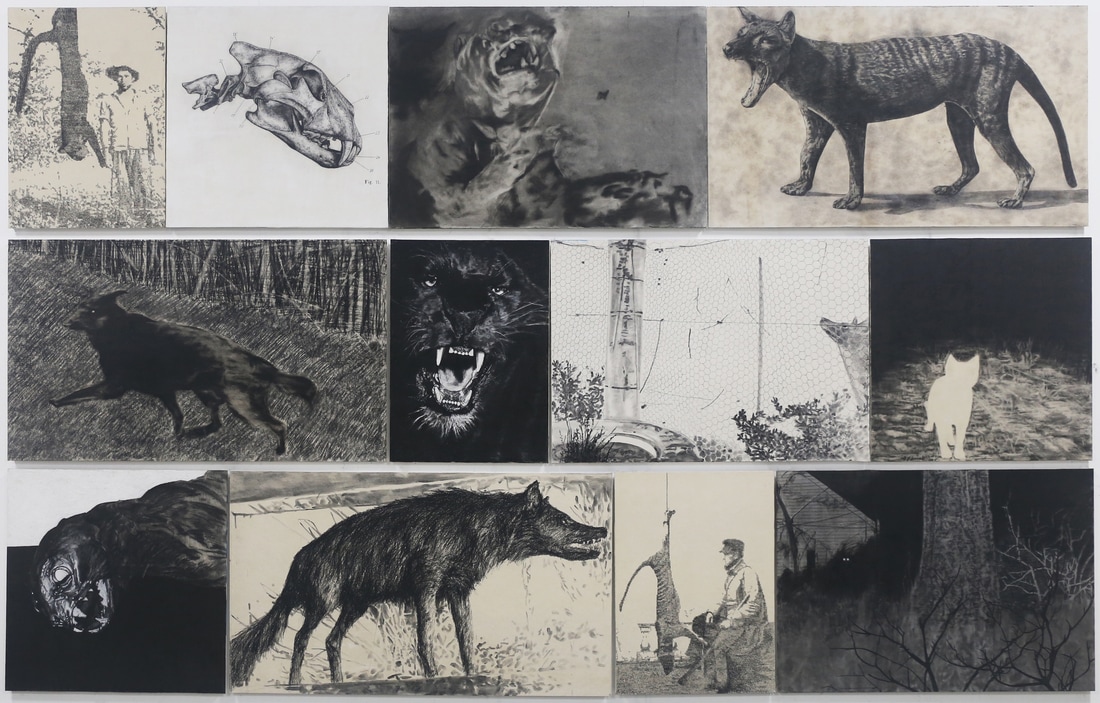 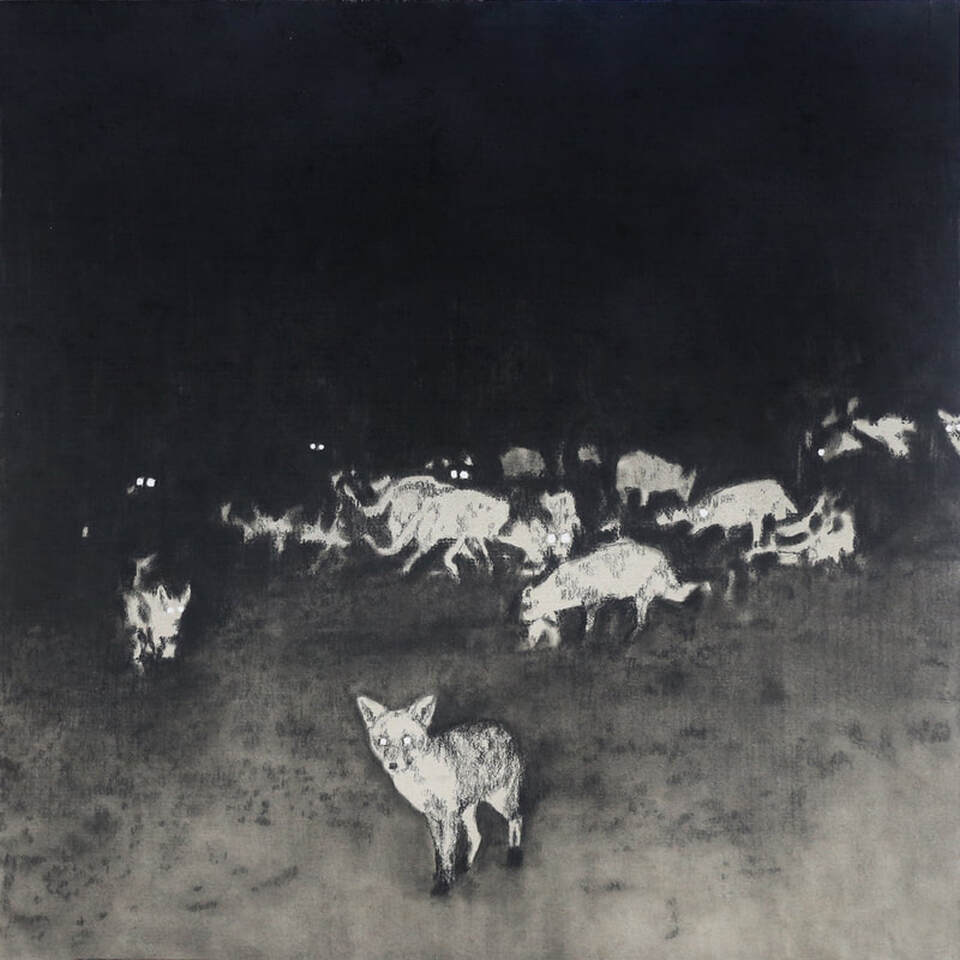 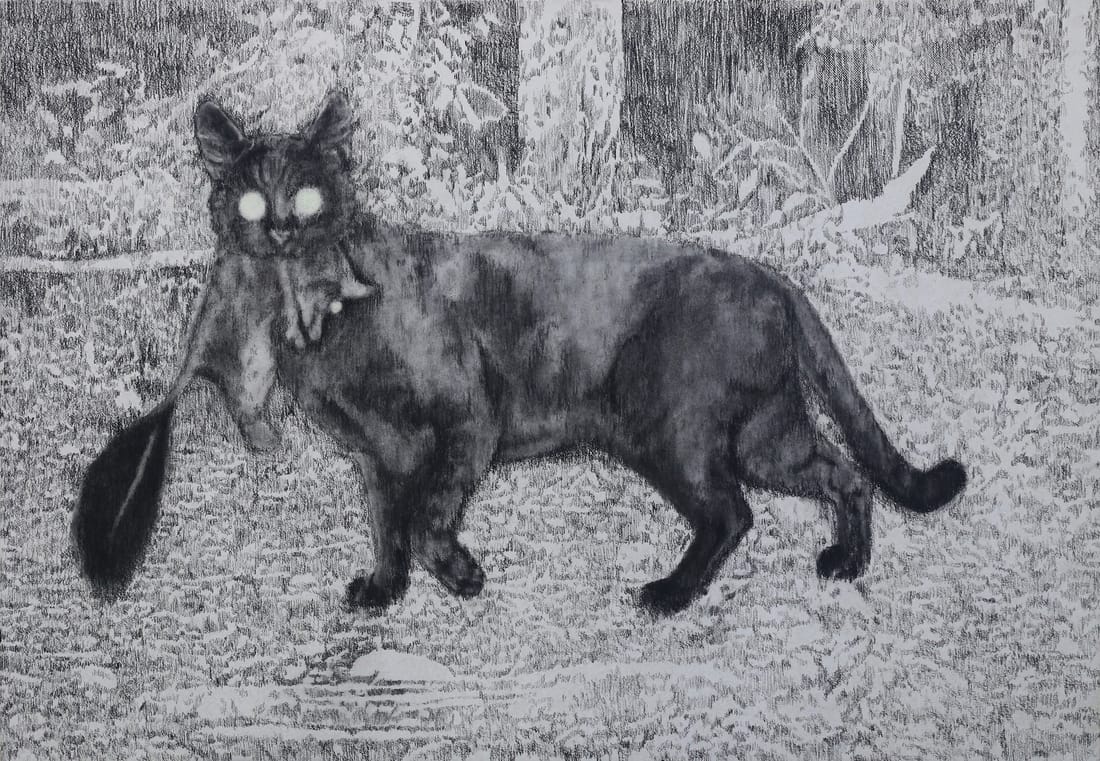 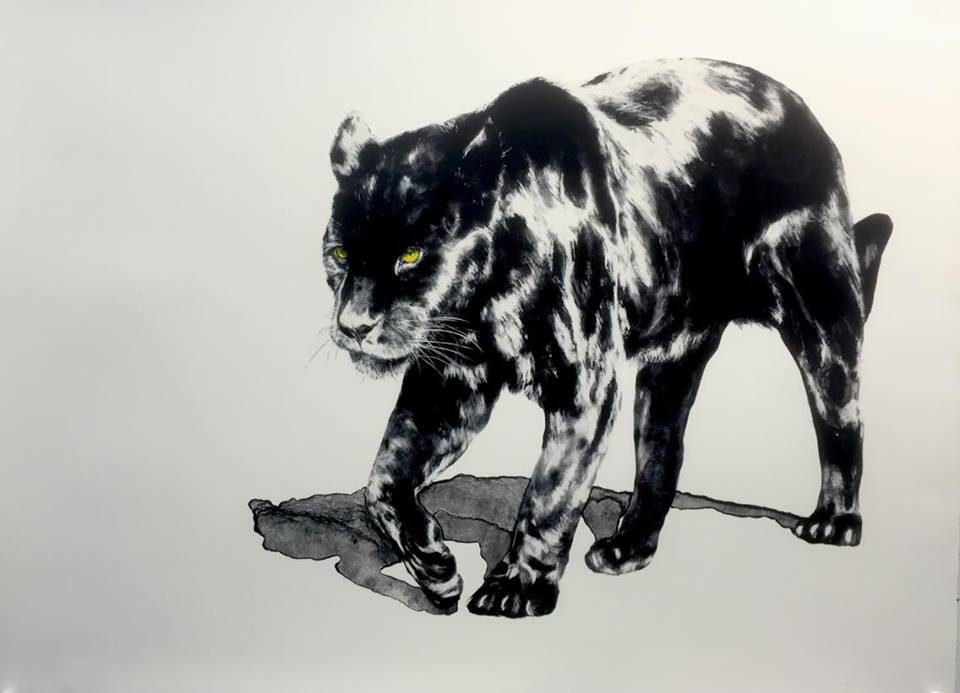 Anna Louise Richardson, The Sighting, 2016, lithograph on paper, edition of 10 + 2AP, 56 x 76cm.
This fellowship is supported by the Government of Western Australia through the Department of Culture and the Arts.